They have a collection of unique aircraft, including the Airphibian:

They have many aircraft from WWII from both the Axis and Allies, including the Helldiver:

and one of the most famous, the Enola Gay. These pictures show how hard it was to isolate a single airplane when you see how densely packed they are: 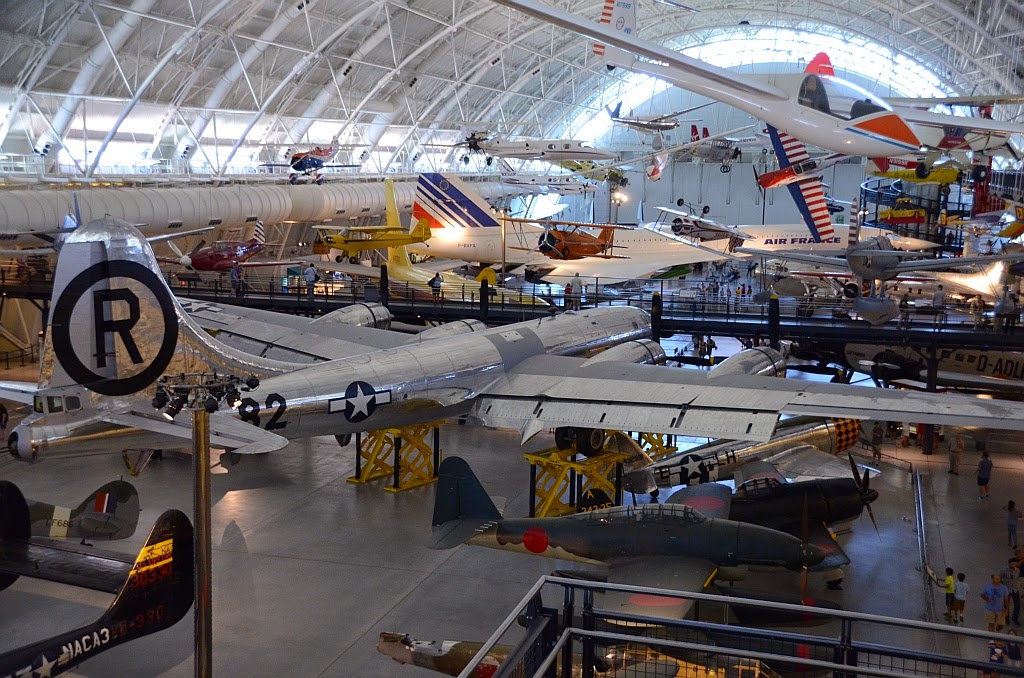 Also, every time I saw the big ‘R’ on the tail, all I could think of was that it was a Radio Shack plane. Have they got me brainwashed, or what? 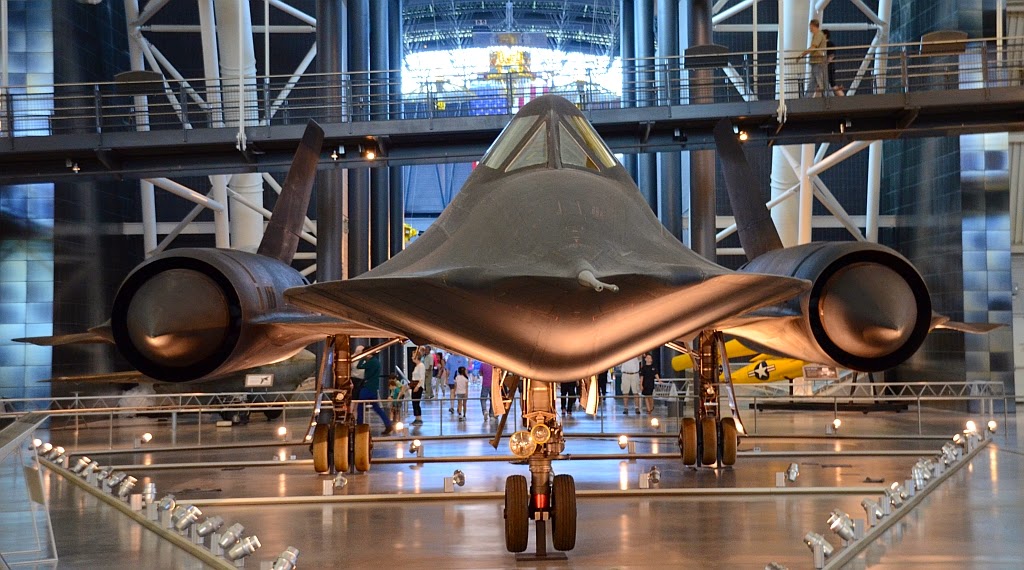 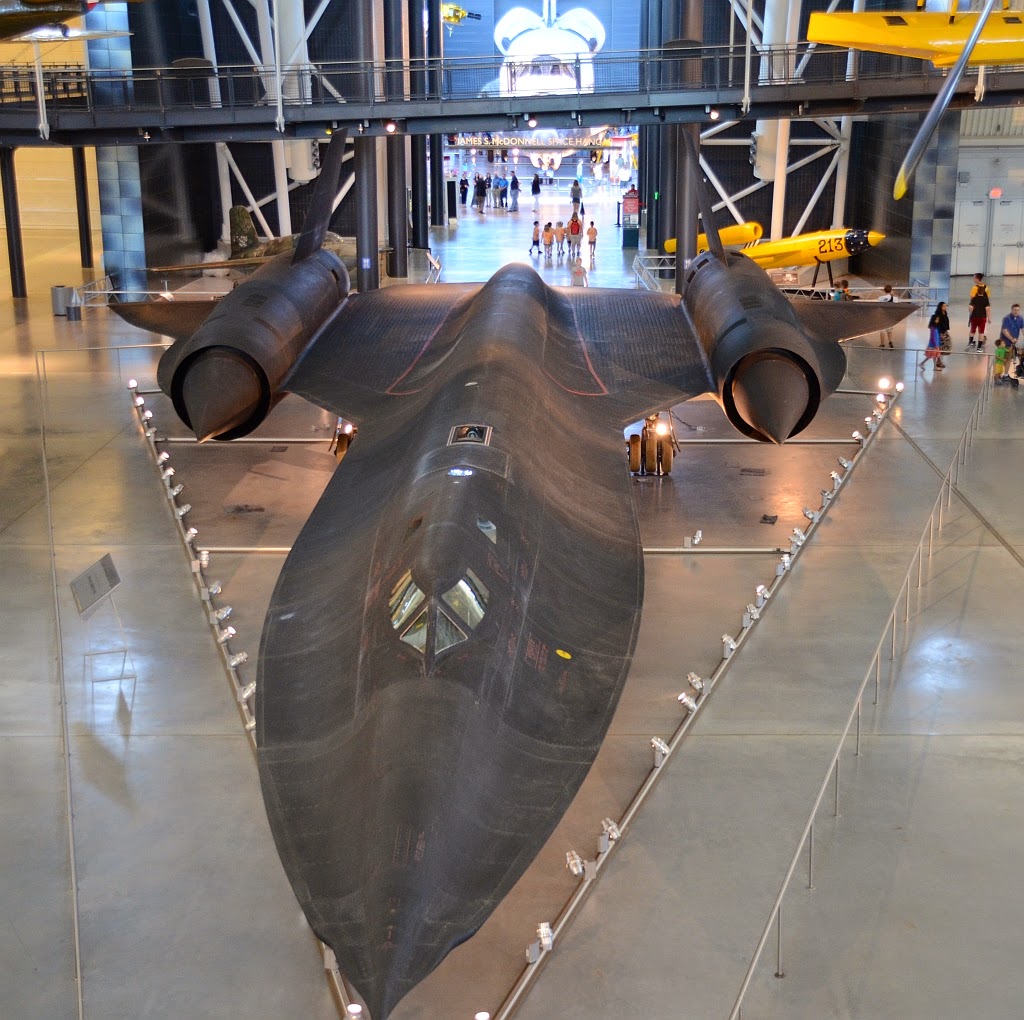 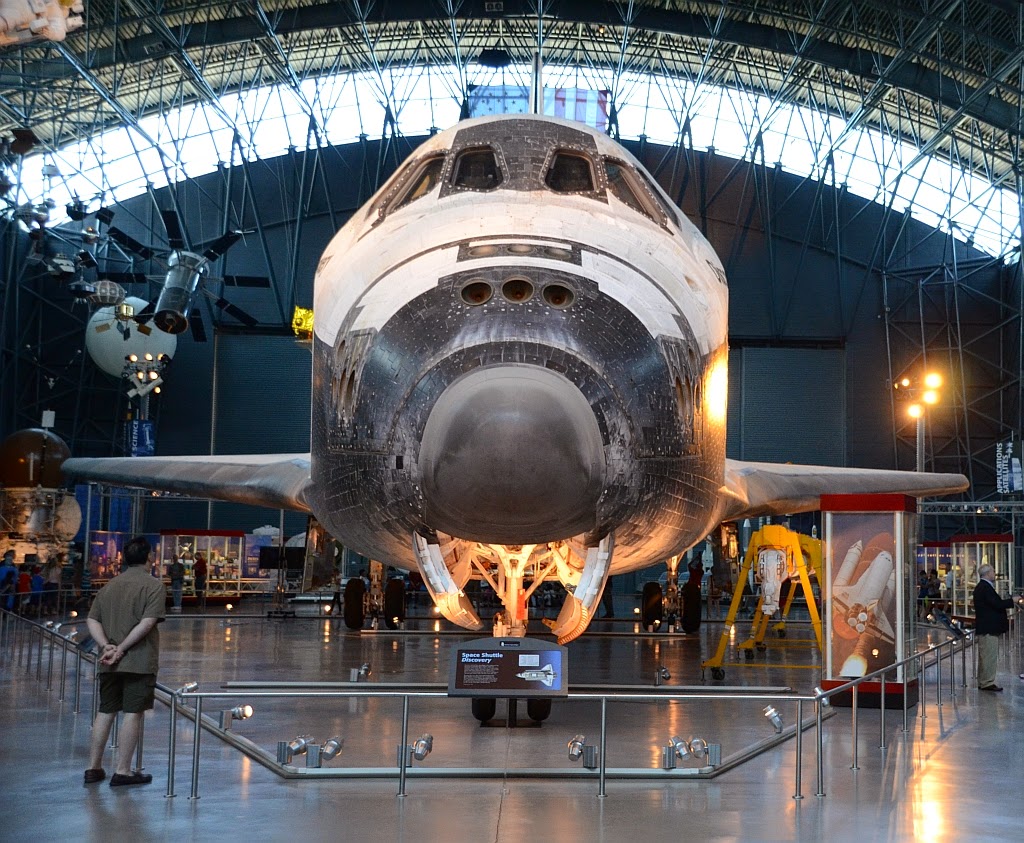 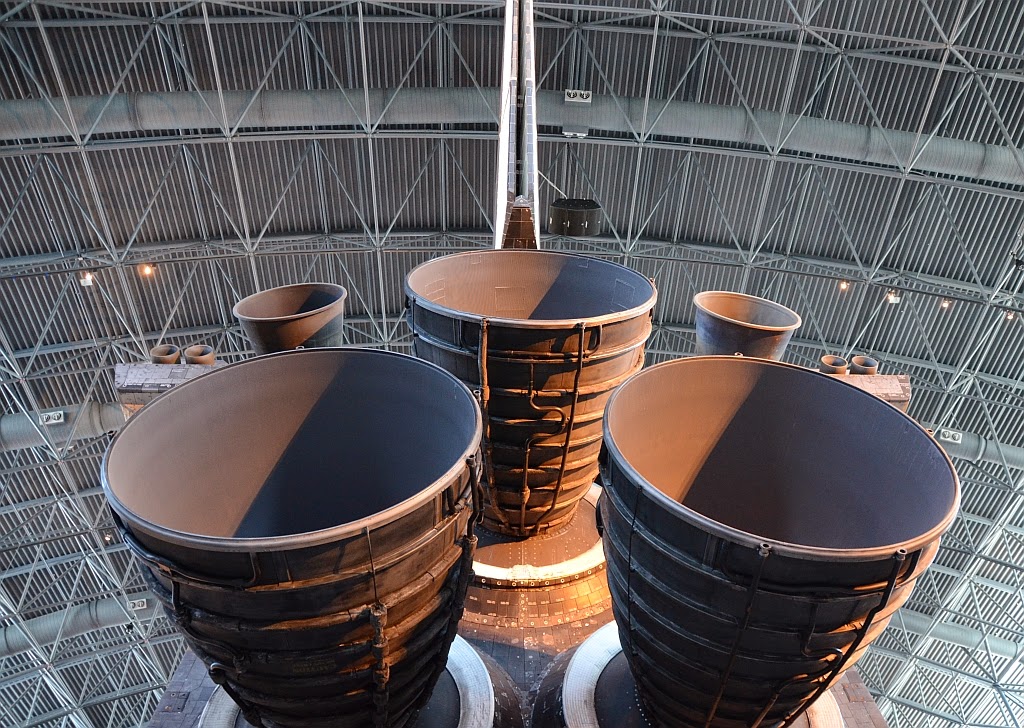 One thing about being this close to the planes is that you get to see details that many people never knew were there, unfortunately I don’t remember what model this was: 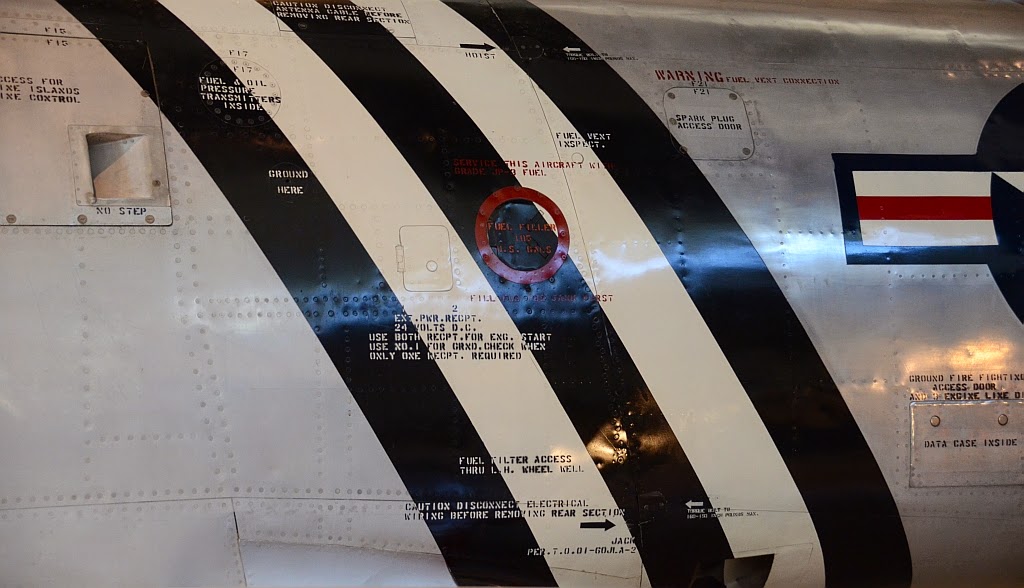 I have to make sure and include the iconic Concorde: 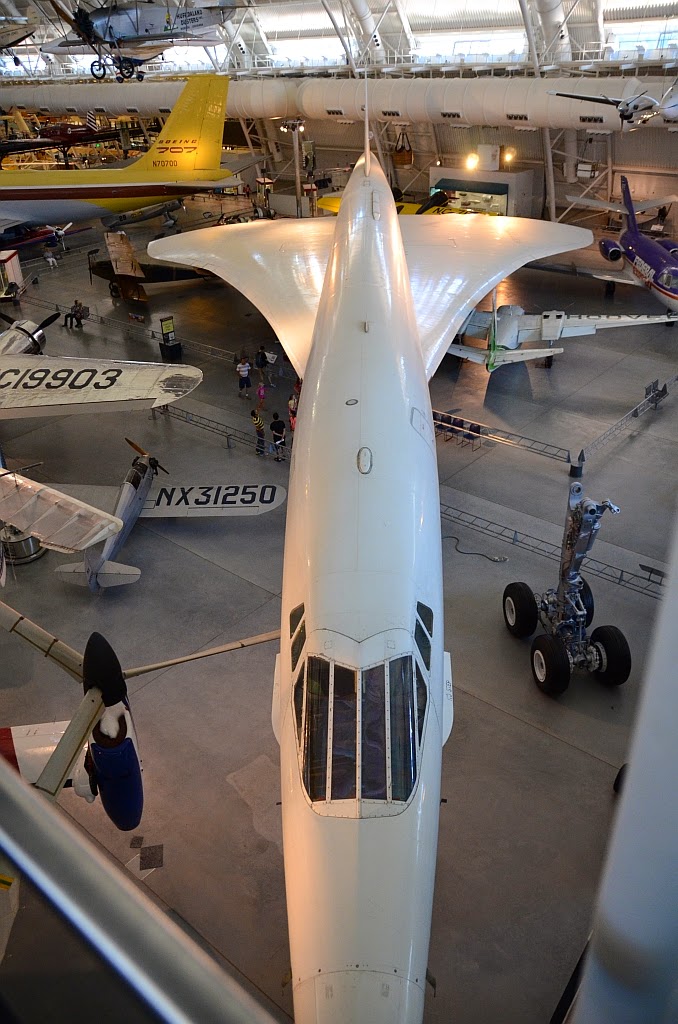 And as a reminder that this is all located right beside a major airport: 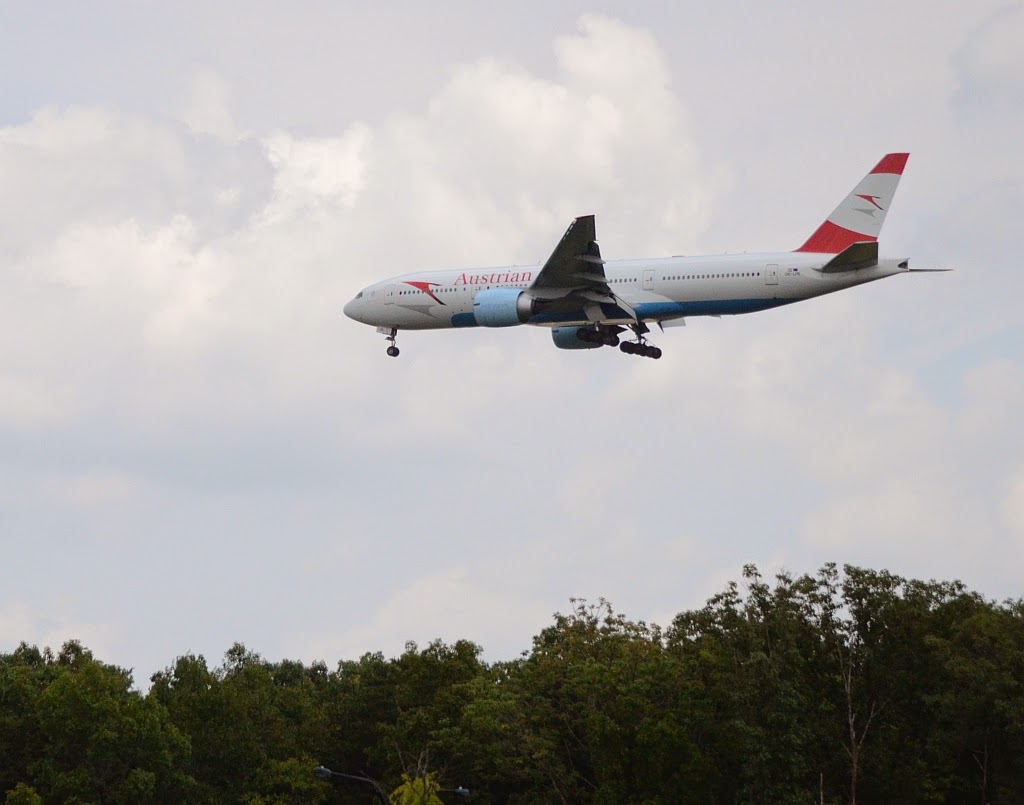