I got to spend some time at the Reading, PA WWII Weekend.  Here are just some of the many things that there were to see:

The had a reenactment of a German attempt to take a French village: 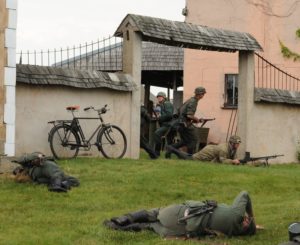 As the attack began, some soldiers were hit by sniper fire from the villagers. 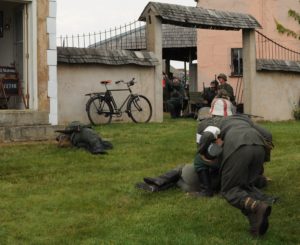 Their medical crews went into action to aid the wounded as best they could.  Not all could be saved, 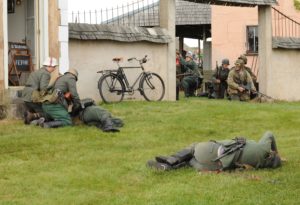 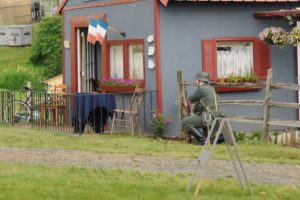 Soldiers hid where they could. 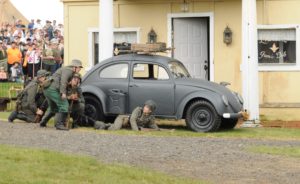 A well placed car provided cover for some.

These two soldiers decided to see if anyone was hiding in the building. 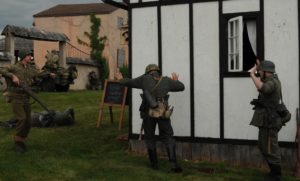 Only to be caught be the arriving American troops.

And led off as prisoners of war.